I got bitten by the custom bug way back in the late 1970s when I bought the first ever issue of "Street Machine" magazine. 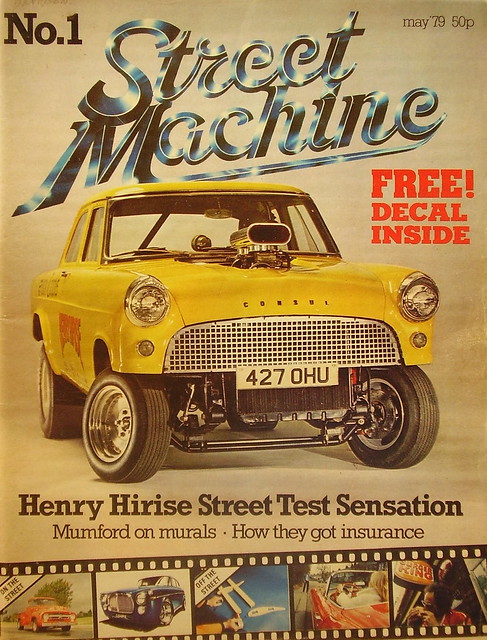 I was still at school then, but lucky enough to live close to infamous Scottish petrolhead Ricco Peri who I sought out and befriended.

Ricco had several outbuildings which were used by local customisers like Allan Corrie and Derek Turley so I just hung around and learned what I could.

Thanks to their enthusiasm my love affair with hot rods and customising has remained to this day. Sadly, I've never gotten around to getting my own car on the road, but I did attend many events throughout the 1980s and 1990s in particular.

I've set up this profile to share the hundreds of photos I've taken over the years at the shows I've attended.

Many of the images are just scans from old prints so the quality isn't always that great. However, I feel they're worth sharing as I'm confident that they'll bring back many fond memories for other hot rodders on Flickr.

Where possible I'd like to add information on the vehicles featured, so if you recognise any of them and can provide any information e.g. who owned them, modifications carried out, etc then please do get in touch.

Like I say, my love of customising remains to this day, but due to lack of funds I'm sadly no closer to getting my own hot rod than I was way back in 1979 when I bought that first issue of "Street Machine".

So, these days I console myself with my second love ... old VW's, which I got into way back in 1993 when I bought a1987 D registered MkII Scirocco. 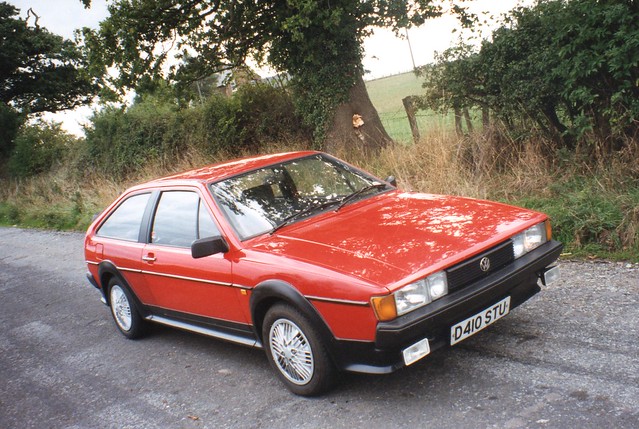 I loved that car, which is why I kept it for nearly 20 years and why in 2010 having had it laid up for 6 years we began what was supposed to be a complete bare shell restoration.

Thanks to the many friends I made through the Scirocco Register I was able to take Project Poppy from a rusting, dilapidated scrapper to a sound, solid shell ready for sand blasting and prepping for paint. 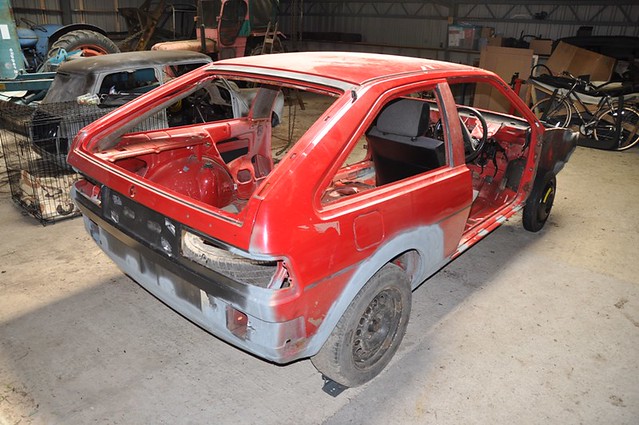 What was a dream was becoming reality and I felt I was getting so close to turning the corner, to the day when we’d actually start putting her back together. The rear arches had been completely rebuilt, the rear valance repaired and the entire front end replaced!

Unfortunately, the story doesn't have a happy ending. As we all know Mr Fate has a habit of sneaking up on you when you least expect it, smacking you in the face and pulling the rug well and truly from underneath your feet.

For Jan and I that came last summer when a break in at our workshop saw nearly every single part we’d gathered together for the restoration stolen along with a vast array of tools.

Well over £2,000 worth of stuff gone in one night just because some scumbags thought it okay to help themselves to our possessions. Just because some barstewards either didn’t think, or more likely didn’t care, about the impact their actions would have or the dreams they were perhaps about to shatter.

The tools and spare parts could in time be replaced as we still had money left in the ‘Poppy Fund’, but as that money was there for the remaining works to be completed that would mean pushing back indefinitely getting her on the road. As we’re not well off, what with me having lost my job last year through ill health that could mean it might be years before Project Poppy would be completed.

Add into the mix, uncertainty about my wife’s job and the fact that I’ve just been told I might need to move out of that particular workshop in the very near future and suddenly, instead of feeling we were about to turn the corner we felt like everything was conspiring against us.

And, perhaps the biggest blow was the fact that during the break in the engine and gearbox was also stolen. I say that because shortly after I began my Restoration Thread I wrote:

“The one other thing I am sure of is that I don't want to swap the engine for something bigger. I might get it tweaked, but I see that as the heart and soul of the car so removing it would seem to go against what I set out to do, which is breathe new life into Poppy. Maybe that sounds a little daft, but I'm just not sure I'd feel the same about the car if I swapped the engine over.”

So, given all that had happened and all the uncertainty which surrounded us I’m afraid we decided to bring the project to a halt.

It wasn’t all bad news though because whilst we were restoring Poppy, we bought another Mk2 Scirocco. Lily, as she’s now known is a real beauty and in many way helps make up for the loss of Poppy.

With only 53,000 miles on the clock when we bought her last year she’s in near concours condition. So, whilst I’d love to make some serious modifications to her I think that would be sacrilege. Instead, any changes I make will be subtle ones or at least ones that can be easily reversed such as installing a new leather interior.

Needles to say then amidst all the shots of old custom car shows, you’ll find an increasing number of new images of which many are VWs. Oh, and you’ll also find quite a few of Lily because after driving her my favourite pastime is taking photos of her!

Anyway, I’ve rambled on more than enough. If you’ve gotten this far then well done!

I hope you enjoy my photostream and bear in mind that I’m always willing to negotiate when it comes to supplying copies of my images should they be of special interest to you.

Have something nice to say about autofantasia? Write a testimonial