Hello world! My name is Martha, I’m older than dirt; and I live in Shakopee, Minnesota (in the Minneapolis/St. Paul area). I just finally got my bachelor's degree, and I am now looking for a job in the Tech Comm field. If you’re reading this, then let me thank you right now for looking!

I am an amateur photographer, and have been dabbling with it for years. I have no formal training, other than a few pointers and lessons from my dad who was a J-School grad and was big into photography. I just see what I can see and try to record it on camera. It doesn’t always work out to be the best composition (because I really don’t know a whole lot about proper composition anyway) but if I like it, it’s a keeper and it will probably end up on here.

In my photostream you will see current digital photos, older digital photos that I've finally found time to process, and older scans from over the years. I concentrated on the Capture Minnesota (CM) site for several years and hardly did anything on Flickr, but CM closed its doors last last winter. As a result, I'm also in the process of reposting what I had on CM to Flickr. My photos are mainly from around Minnesota because I am a hard core Minnesota girl (yah shure, you betcha), but there are a few from other places.

• Pentax ME (my dad’s newer 35mm camera, handed down to me after he died)

My imaging software of choice was Corel Photo Paint for over 20 years because it really has a lot of bang for the buck. I finally broke down in 2015 and got Photoshop for a college document design class. I've fallen in love with Photoshop, but it doesn't have all that many more features than Photo Paint. It's just better documented and it can still be added on to. I am completely self taught in imaging, so I’m sure there is a lot that I don’t know!

I am Caucasian, but Heinz 57 as far as nationality goes. We've got a heck of a lot of Western Europe covered with many of those areas having Celtic roots. Ancestors on my mother's father's side came to America from Sweden in the mid-1800's. On my mother's mother's side, they came from England in the 1600's (and can be traced back to British royalty.) On my father's father's side, some came from Germany in the mid-1700's, some came from Wales in the 1800's, some came from Ireland and some from Holland. On my father's mother's side, some came from Scotland in the early 1800's, some from Germany in the 1700's, and some from Ireland. All were pioneers, starting in the Colonies and later Ohio, Indiana, Wisconsin, Kansas, Dakota Territory, Nebraska and of course, Minnesota. We are distantly related to several authors, including Laura Ingalls Wilder, Oliver Wendall Holmes, D. H. Lawrence, Emily Dickinson, Nathaniel Hawthorne, T. S. Eliot, and John Steinbeck. Other famous relations include the Spencer Tracy, George Eastman, the Bushs and Cheneys (not too proud of those), and several first ladies. What does any of this mean? Not much! It's just interesting. I'm sure we have more ancestors who polished the silver than those who used it! ;-) Oh, yah - it also means that I could very well be your distant cousin if you are from Western Europe or the above-mentioned U.S. states. :-D

Other than photography, I enjoy bowling, golf, camping, fishing, boating, road trips (that sometimes end up lasting for days), genealogy, history and too many other things to mention. My political views are complex and have changed a great deal over the years, but some highlights are that I believe in peace on earth, and I believe that athletes, TV and movie stars, and corporate execs make WAY more money than they're worth. I also believe that too much political correctness is dangerous, ie it is part of what is breeding all of this hate that is running so rampant these days. Oh, and I think Trump is an idiot, and a dangerous one, at that.

I have been spending a lot of time lately looking at other people's photos on Flickr, and have gotten to a point where I thoroughly enjoy it. There are so many wonderful photos on this site and so many places and things that I never even knew existed. I sure wish I had the money to be a world traveler, now! I'd love to pay some of you a visit. I'd also love some of you to bring your talented selves and your cameras here to Minnesota!

I love comments and faves, if you are so inclined to give them out. I will usually try to send a comment back your way as well, though don’t put me on a timer for it because I don't have time to get on Flickr as much as I would like to. And, of course, I’m older than dirt (as stated above) so it’s not out of the question that I could miss something! ;-)

I am flattered by invites, but I don't much care for multiple invites and big obnoxious graphics. Also, please keep your own profile stuff out of my photo comment streams unless it is appropriate. I will more than likely delete comments with unsolicited, intrusive things like the above.

Please note that my images are all copyrighted/all rights reserved, which means they cannot be reproduced or used publicly without my permission.

I hope you enjoy my photos and if you decide to browse through my photostream, thanks for looking! 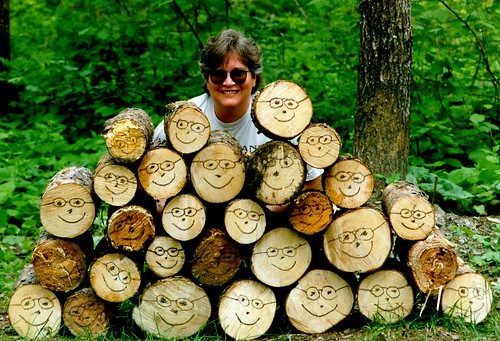 Great photo's! Keep it up!

A wonderful photo gallery. Congratulations, keep it up!