I've been doing some form of photography for over 30 years (since I was 13 years old). I was around 9 years old when my dad handed me a little 110 camera and told me I could "take a few photos" of the Budweiser Clydesdales that were visiting the Army base where we lived. I burned up an entire roll of film on the horses as they were getting geared up for the parade. When I was 13, my parents gave me a "Disc" camera for Christmas. When I graduated high school, they gave me their 35mm film camera. I had a few years dotted about when I couldn't afford film and a year or two where my 35mm Nikon died and I had to rely on disposable film cameras till a generous friend gave me a digital point-and-shoot (Canon Ixus 75).

May 19, 2012: My kids waited till May 19th to give me my Mother's Day gift. Since we go to renaissance faires and I take hundreds of photos of not just jousters, but everything at faire, my kids waited till the Janesville Ren Faire, so we would one- be in public, two- be among friends. They recorded me (the videos are on Facebook) and gave me a Nikon D5100- and among everything that came with it, they purchased two extra lenses- a zoom (55-200mm) and a macro (40mm). I have awesome kids. 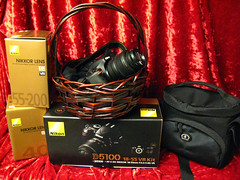 I'm a former Army brat-then-wife. I grew up on Army bases in Missouri and Alaska (then lived in North Carolina, Kansas, and Georgia as an Army wife).

February 25, 2017, I apparently forgot a day and didn't even realize it till the last week of my 8th year (I start on Valentine's Day because that's the day I discovered the 365days Self-portrait Project).

August 6, 2019, forgot another day. That was the day I was having technical issues with my computer and trying to get my Bristol Ren Faire photos done... no excuse, but that's the reason. I only realized it on October 2nd because the numbers for my birthday didn't line up for the last ten years (Day 232 is my birthday number, unless there's a leap year, then 233).

September 17, 2021- I completely blanked on that day. Then I ended up having to go through to figure out what was missing, only to discover I forgot to add one to the album, which mixed up my whole numbering from day 188... I ended up spending way too much time on Day 365, fixing my numbers.

I dress in garb and go to renaissance faires. I'm friends with many jousters from

The Jousters. While I photograph everyone, I only cheer for the bad guys! (I also photo-wrangle for several fan pages for faire folks). I'm dear friends with the royal falconers- Sharron and Ray Pena of Flight of the Raptor. In no particular order, here are a bunch of character fan pages, some of whom I admin for and some I do not.

Sir Mauldron, the Baron of Blackburn,

Sir Maxmillian, the Earl of Braden,

I would appreciate it if you ask my permission before using any of my photos, and of course, giving me credit. If you want to use any of my photos from the Bristol Renaissance Faire, you need to contact the faire directly. Julie McMillin is the contact person.

Of the thousands of ren faire photos I've taken, I like this one most because it was completely spontaneous. I just happened to be in the right spot at the right time and caught this shot. I donated a print of this to the 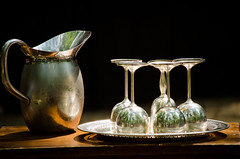 I donate two metal prints each season to the Bristol RESCU Rally. I used to do paper prints, but when I saw how gorgeous AdoramaPix did the metal prints, I started donating them instead. I used to use one faire-related photo and one non-faire photo, but now I do whatever photos strike me- usually macro fine-art style photos (so they appeal to a wider audience).

Most faved
View all

Have something nice to say about Pahz? Write a testimonial